Television from the Past is going on summer vacation!

There will be no posts between today and July 3. On July 3 and July 4, we will have some special posts commemorating Independence Day, featuring 4th of July festivities that have aired on TV in the past. Regular posting will resume on Monday, July 9.

TFTP Signs-Off for the Week: Sign-Offs Through the Years - 1993 (WKFT/Fayetteville, NC)

Each Friday afternoon, TFTP signs-off for the week with a classic station sign-off sequence for your enjoyment and to bid farewell until Monday...

And throughout 2018, we are featuring "Sign-Offs Through the Years", as we go year-by-year with each successive week.

As we reach 1993 in Sign-Offs Through the Years, we have this clip that is a combination sign-off/sign-on from Fayetteville, North Carolina, station WKFT (now WUVC). The sequence begins with a couple of well-known North Carolina references--the end of a spot for the National Hollering Contest in Spivey Corners, followed by a promo for a baseball game by the Durham Bulls, made famous in the movie "Bull Durham". Next comes the ownership/technical voiceover, on graphics displaying some of the information being conveyed in the voiceover, and the national anthem film.

After some color bars and tone (and presumably an edit cutting out at least a few hours of time), an ownership/technical voiceover for the sign-on comes on, which is basically the same as the sign-off voiceover with a couple of details changed reflecting the start of a broadcast day.

Posted by Chris the MediaLogger at Friday, June 15, 2018 0 comments

It Was 31 Years Ago Today: The basketball rivalry between the Los Angeles Lakers and the Boston Celtics is legendary, and no period of that rivalry is more storied than the string of mid-1980s NBA Finals match-ups between the two teams. This 1987 Finals was the third time in four years that they'd met to battle for the NBA championship; with Boston winning in 1984 and LA in 1985, this was the rubber match for the Larry Bird-led Celtics and the Kareem-and-Magic-led Lakers. In this final game of the series, originally aired on this day 31 years ago on June 14, 1987, LA took home the trophy.

Above is the game in its entirety (minus commercial breaks). The Celtics took control early, with a five-point lead of 56-51 at halftime. But the Lakers caught up in the first moments of the second half and never relinquished the lead for the rest of the game. By the end of the game, LA was dominating, and the final score was 106-93. Kareem Abdul-Jabbar led the scoring for the Lakers with 32 points, but Magic Johnson ended up getting the series MVP award. Magic and Larry Bird had been personal rivals ever since they faced each other in the NCAA championship in their final year of college in 1979 (Johnson for Michigan State, Bird for Indiana State). Just like in that NCAA championship eight years before, Magic again defeated Bird.
Posted by Chris the MediaLogger at Thursday, June 14, 2018 0 comments

TFTP Will Return After These Messages: Commercial Block from 1965

Every Wednesday, TFTP takes a break from regular programming to bring you a selection of classic commercials. We will return after these messages...

Most of the commercials in this block from 1965 are video-taped ads that are from local markets in Florida, many (maybe all of them) from a commercial break or breaks during local news. A taped ad for Kentucky Fried Chicken, with an in-studio pitchman, leads off the block. Next is an ad (that suffers from some technical issues) for Rambler autos and local Florida Rambler auto dealers, and this is followed by a real-estate ad for the Sun City development in the Tampa area. A filmed ad for Doublemint gum precedes an NBC network program promo for an airing of the movie "The Rainmaker". Ads for Kentucky Fried Chicken (with voiceover about the local news sponsorship) and Zest soap close out the block.

Posted by Chris the MediaLogger at Wednesday, June 13, 2018 0 comments

It's no coincidence that "Here Come the Mother-in-Laws"/"How's Your Mother-in-Law?" was created and produced by Chuck Barris, the mastermind behind "The Newlywed Game", "The Dating Game", and, later, "The Gong Show". Barris' MO was to create a game premise and gameplay that facilitated this kind of raucousness. The quick failure of this program was an exception to Barris' general success in a late-1960s and 1970s culture much more permissive than in the years immediately preceding.

Posted by Chris the MediaLogger at Tuesday, June 12, 2018 0 comments

TFTP's Monochrome Monday: "Your Show of Shows" from NBC (early-1950s)

TFTP's Monochrome Monday brings you a classic black & white TV program or clip every Monday morning to kick off the week....

"Your Show of Shows" was one of the most celebrated comedy programs of the early-TV era. Airing on NBC from 1950-1954, it starred Sid Caesar and Imogene Coca, was produced by Max Liebman, and served as a training ground for performing arts talent such as Carl Reiner, Mel Brooks, and Neil Simon. It was one of the first comedy sketch programs, and as such it laid the ground for later shows like "Laugh-In" and "Saturday Night Live". Because it was the early-1950s, "Your Show of Shows" was a live program, and Coca and others associated with it have discussed how this was a vital ingredient in the show's comedy mix.

The clip above is a sketch about a husband and wife's bickering about the husband forgetting about the wife's birthday (Caesar and Coca often portrayed married couples). The sketch displays the duo's skill at executing a scene that has looping emotional arcs as the two characters spiral back and forth among being angry, put-upon, wounded, resentful, and tender as they trade places several times in terms of which is the victim and which is the perpetrator.
Posted by Chris the MediaLogger at Monday, June 11, 2018 0 comments

TFTP Signs-Off for the Week: Sign-Offs Through the Years - 1992 (KAPP/Yakima, WA)

Each Friday afternoon, TFTP signs-off for the week with a classic station sign-off sequence for your enjoyment and to bid farewell until Monday...

And throughout 2018, we are featuring "Sign-Offs Through the Years", as we go year-by-year with each successive week.

This sign-off from 1992 and Yakima, Washington, ABC affiliate KAPP begins with a local ad for Barrett-Martin Chiropractic ("Get Going Again") and the last moments of an episode of "The Rush Limbaugh Show". Additional ads (compiled from a series of commercial breaks) appear for National Review magazine, local car dealership Valley Toyota, Walt Disney's World on Ice, and Pay Less Drug Stores. Then there's an ownership/technical voiceover on a series of images from around KAPP's technical facilities (satellite earth stations, transmitter towers, and the like). The sequence closes with a national anthem-like film, but with an instrumental rendition of "America the Beautiful" as the music.
Posted by Chris the MediaLogger at Friday, June 08, 2018 0 comments

It Was 33 Years Ago Today: "Night Flight" was a freeform program that aired on USA Network during weekend late nights in the early- to mid-1980s. Although mainly continuous music videos a la MTV, "Night Flight" also contained segments devoted to cult movies, alternative culture, and exploitation fare. The program format and scheduling was flexible, and "Night Flight" typically aired for anywhere from just a few to several hours on Friday and Saturday nights starting at around 10 pm and running sometimes until 4 or 5 am the following morning.

The set of clips above is from the fourth anniversary program for "Night Flight", which aired 33 years ago today on June 7, 1985. As a special edition, this night's program probably contained more older and vintage material than usual, but "Night Flight" nearly always had at least a helping of older black and white imagery. The set of excerpts above includes parts of performances by Ike and Tina Turner, the Doors, the Who, Cream, John Lennon, and the Kinks, as well as by jazz legends Count Basie, Duke Ellington, Cab Calloway, and Lionel Hampton. (The typical "Night Flight" program had a high degree of current music videos, which are completely absent in this set of clips.)

A number of commercials appear here also, including as-seen-on-TV fare like Art Instruction Schools, Trim Trak exercise equipment, and an oldies music-compilation called "Cruisin'". There are some great USA Network interstitial materials, too: a program promo for USA airings of the late-1960s program "Room 222"; several "Night Flight" bumpers; and a promo for the network's inimitable late-movie host "Commander USA".

Posted by Chris the MediaLogger at Thursday, June 07, 2018 0 comments

TFTP Will Return After These Messages: Toy Ads from 1970s

Every Wednesday, TFTP takes a break from regular programming to bring you a selection of classic commercials. We will return after these messages...

Here are a couple of toy commercials from the 1970s--one for a product that is still around after all these decades and one for a toy fad that didn't outlast the Seventies. The Easy-Bake Oven has got to be one of the biggest success stories in the history of toys--launched in the early-1960s and still available in stores today (now with an accompanying app, of course). The top commercial above is a fairly mundane one with images of a young girl mixing batter and putting pans in and out of the Easy-Bake Oven. Evel Knievel was a daredevil who was huge in the 1970s, as he mounted more and more elaborate stunts on his motorcycle; the motorcycle toy advertised in the bottom commercial is just one of a number of Evel Knievel toys that were available at the time (with the Evel figure that rides the bike, as you might expect, sold separately).

Posted by Chris the MediaLogger at Wednesday, June 06, 2018 0 comments

Existing footage from the first decade of Johnny Carson's tenure on "The Tonight Show" (from his start in late-1962 until the show moved from New York to Los Angeles in 1972) is very scarce now, due to the fact that NBC at the time routinely erased the recordings. So being able to see an excerpt as long as this one, especially in color (even if the color is compromised technically), is pretty rare.

The guest in this extended clip is attorney and author Jake Ehrlich Sr., who at the time of this 1964 episode had just come out with a legal book titled "A Reasonable Doubt". Johnny and Mr. Ehrlich engage in an extensive back and forth--with Ehrlich carrying the bulk of the conversation--about a variety of legal topics, with an emphasis on the Fifth Amendment. In the mid-1960s, "The Tonight Show" was still 90 minutes in length and the last segments of an episode were often taken up by an extended chat with an author; it's hard to imagine a late-night talk show these days doing so.

Posted by Chris the MediaLogger at Tuesday, June 05, 2018 0 comments

Welcome to TFTP: Television from the Past 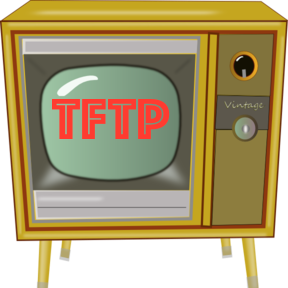 It was once said that "The past is a foreign country: they do things differently there."
Here is the TV from that place: Maybe peculiar to us now, but still fascinating, Television from the Past is presented here for your viewing pleasure.
Explore the foreign country that is the past--or at least the TV from it.

TFTP is Blogged to You By:

Chris the MediaLogger
My interest in classic television began in 8th grade with the books "Cult TV" (by John Javna) and "Total Television" (by Alex McNeil) and viewing many classic 1950s sitcoms on the old CBN cable network. A college major in film/media studies led to grad school, an attempted teaching career, and finally, a job as a public TV programmer.

Translate Television from the Past into your language!

Look up an old TV show on Wikipedia!